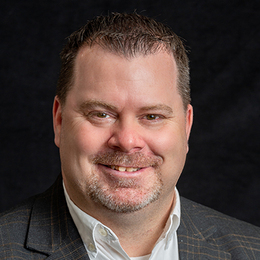 Working for a locally owned and family-owned company is so fulfilling and rewarding. You have value and worth in your job every day. You’re not just a number. They care about each and every one of us, their customers, and the communities in which they serve.

It’s hard to pick just one moment as there have been numerous throughout the years. This one is ongoing. Making the awesome transition from just being another sales rep to become a valued part of the client's business plan and future stands out. It's also pretty awesome when a client leans on you for marketing decisions. It's a great feeling to know when a client reaches the goal of becoming a market leader that I had a part in this success.

You won't know unless you try.

Favorite song of all-time & why:

Rob Thomas - Hold on Forever. As my wife and I were going through the adoption process for our two children this song helped us weather the ups and downs.

I have a wide range of interest in music.  So, it's hard to pick just one album!  I would have to create my own - a little Johnny Cash, Metallica, Jason Mraz, Big Daddy Weave, Billy Joel, Michael Buble. I