What Began as a Dream 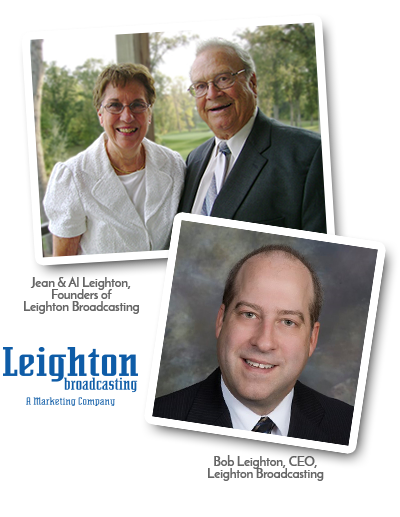 Over the past seven decades, media in the United States has undergone a remarkable revolution and Leighton Broadcasting has been present, responsive and adaptive through it all.

Leighton Broadcasting traces its roots to owner and founder Al Leighton's purchase of KDLM AM in Detroit Lakes, Minnesota in 1963. In 2007, second generation, family leadership emerged with Bob Leighton, Al and Jean Leighton’s son, taking over the company as visionary and CEO. Under Bob’s leadership Leighton Broadcasting has continued to expand and diversify including the addition of new divisions and the acquisition of radio stations throughout Minnesota. 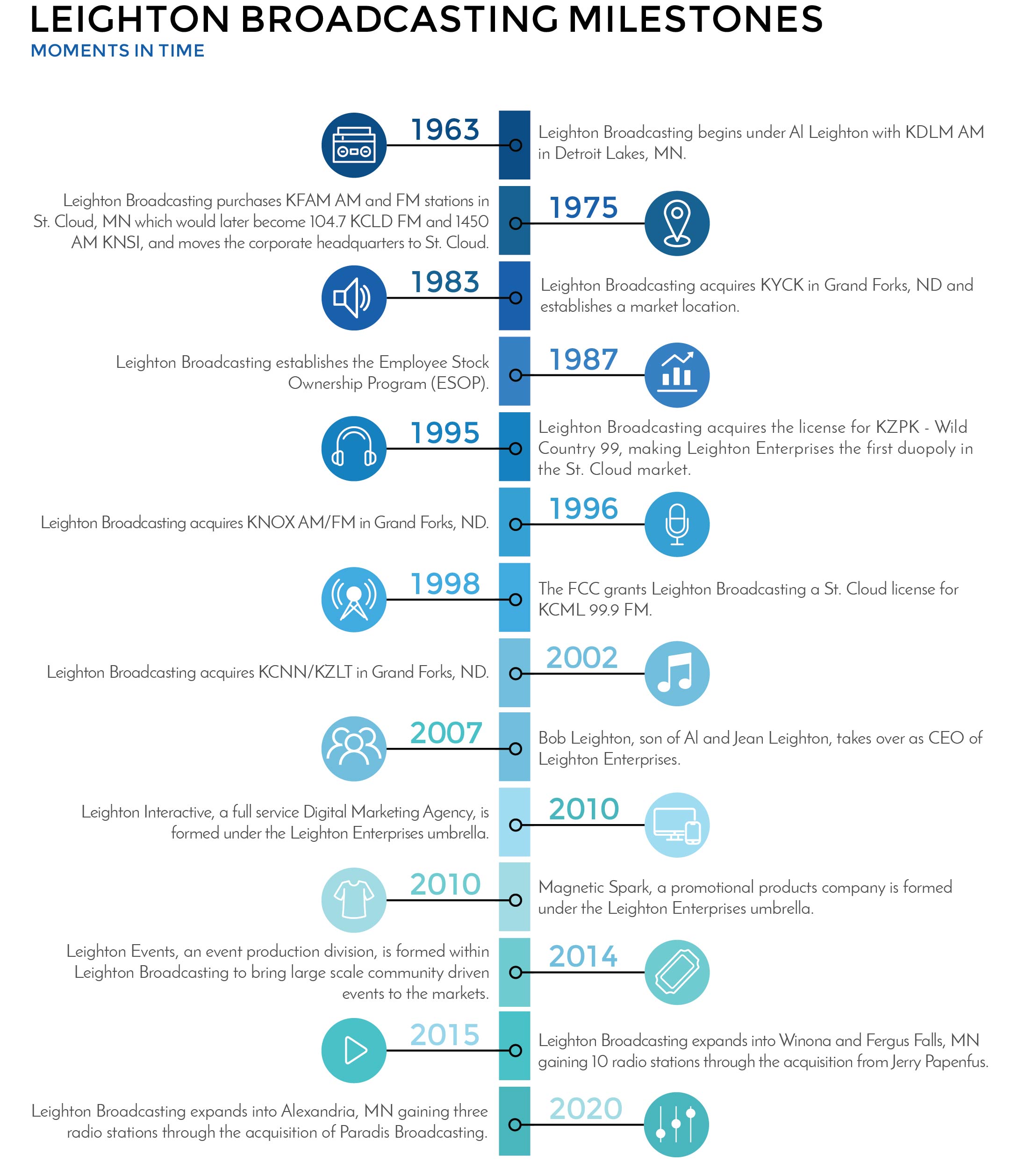